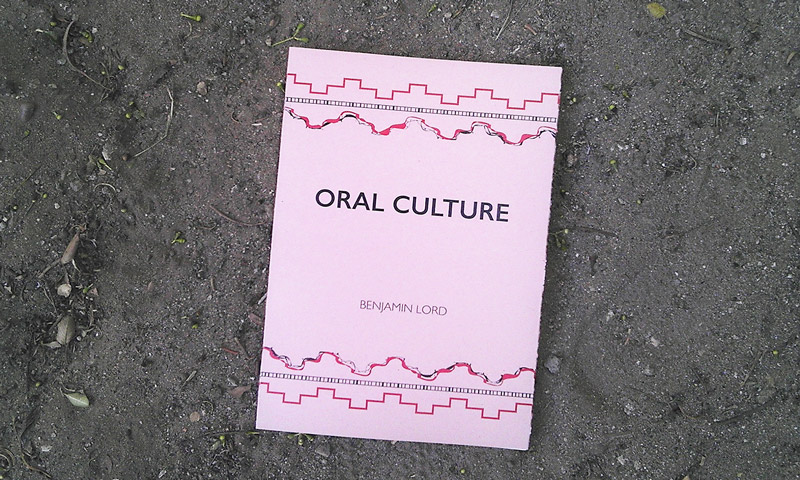 Part prose and part verse, Oral Culture explores the relationship between the spoken and the written word. The text transforms and refigures a group of ancient Yurok myths recorded by the anthropologist Alfred Kroeber in the early 20th century, onto and against the patois of modern hip hop. Colliding the dense, atomic style of recitation common to California Indian myth with the jagged streaming flow of contemporary lyric verse as structured by popular music, the story is at once a literary fable of revenge, a meditation on the problems of early anthropology, a satire of collapsed cultural memory, and a mystical vision of a California beyond space and time.