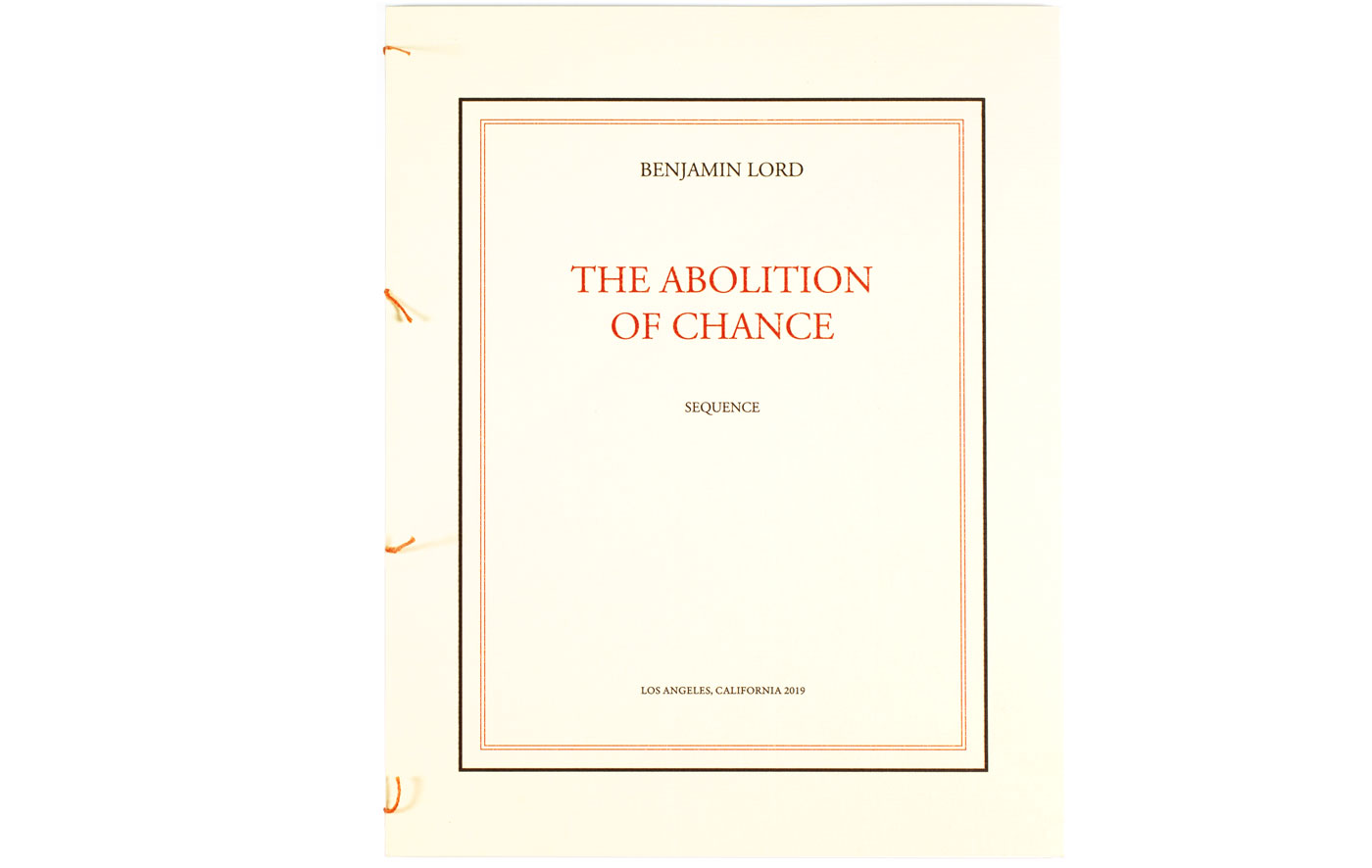 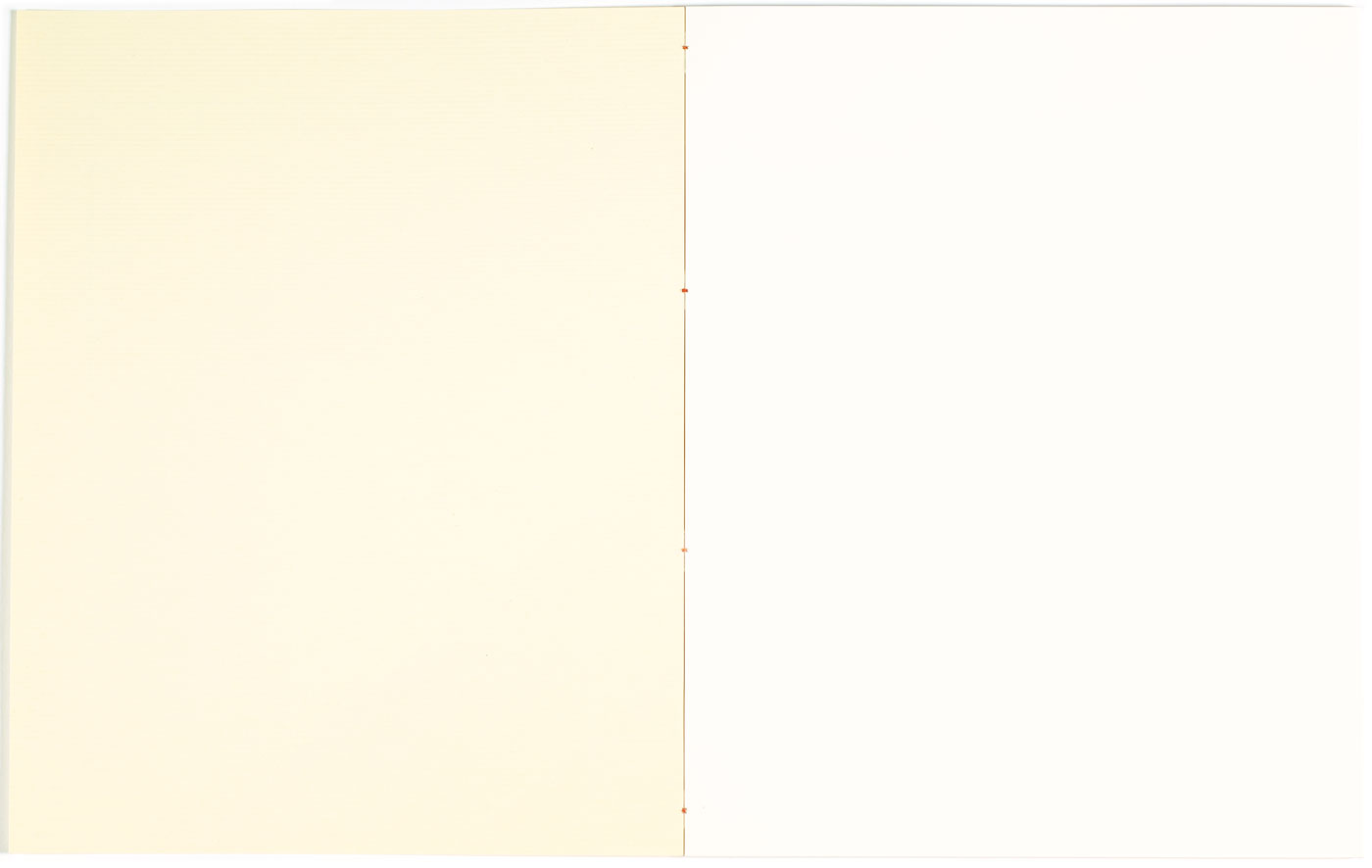 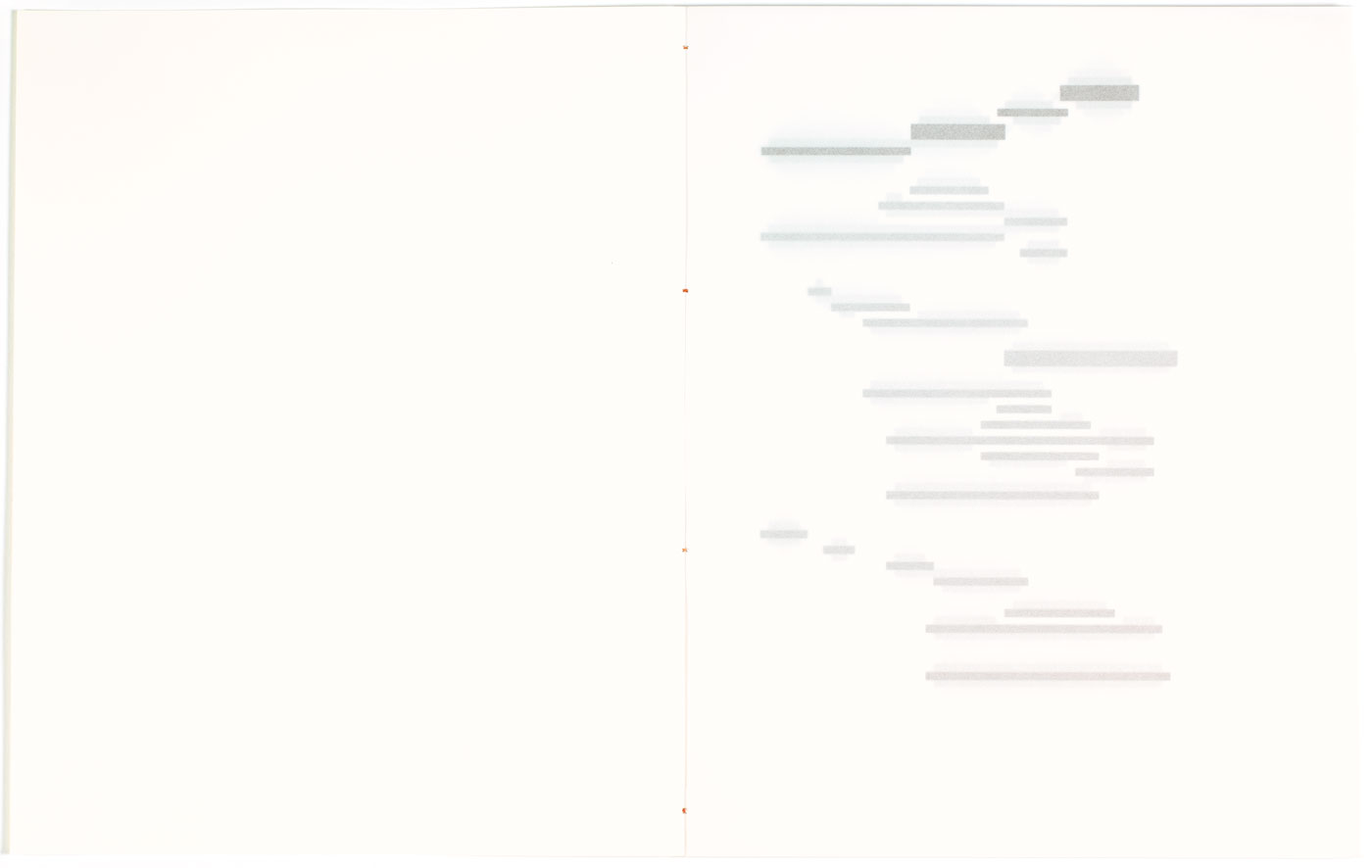 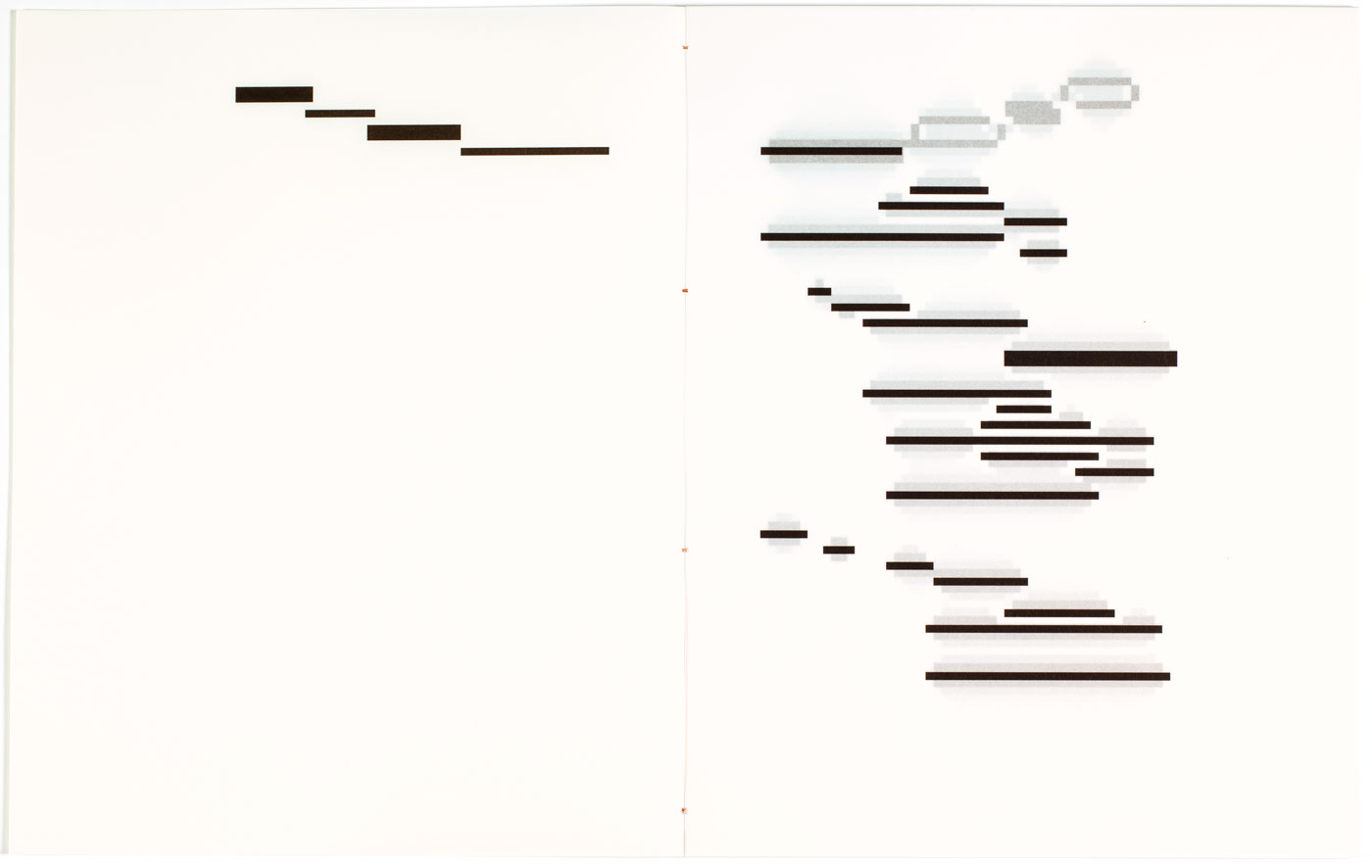 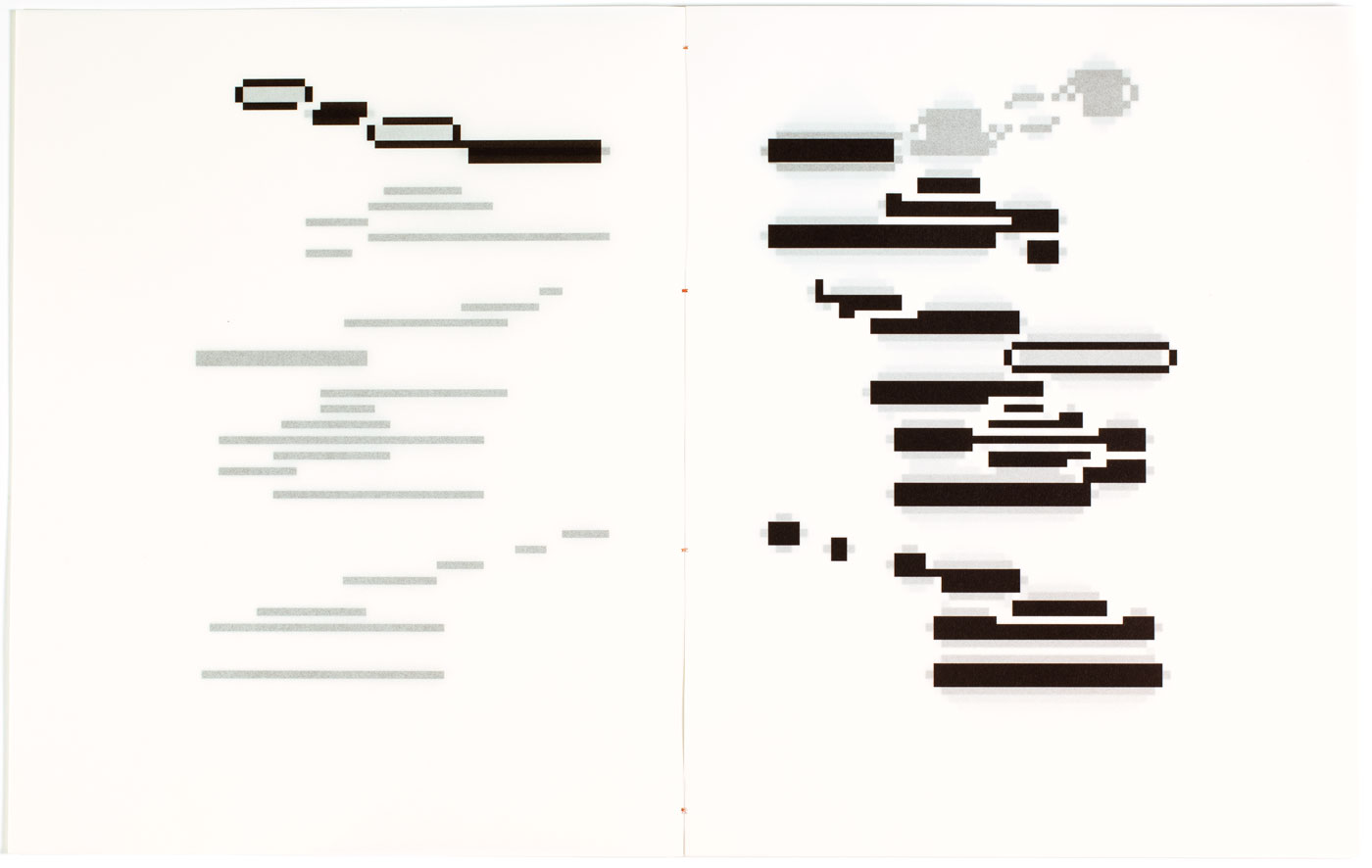 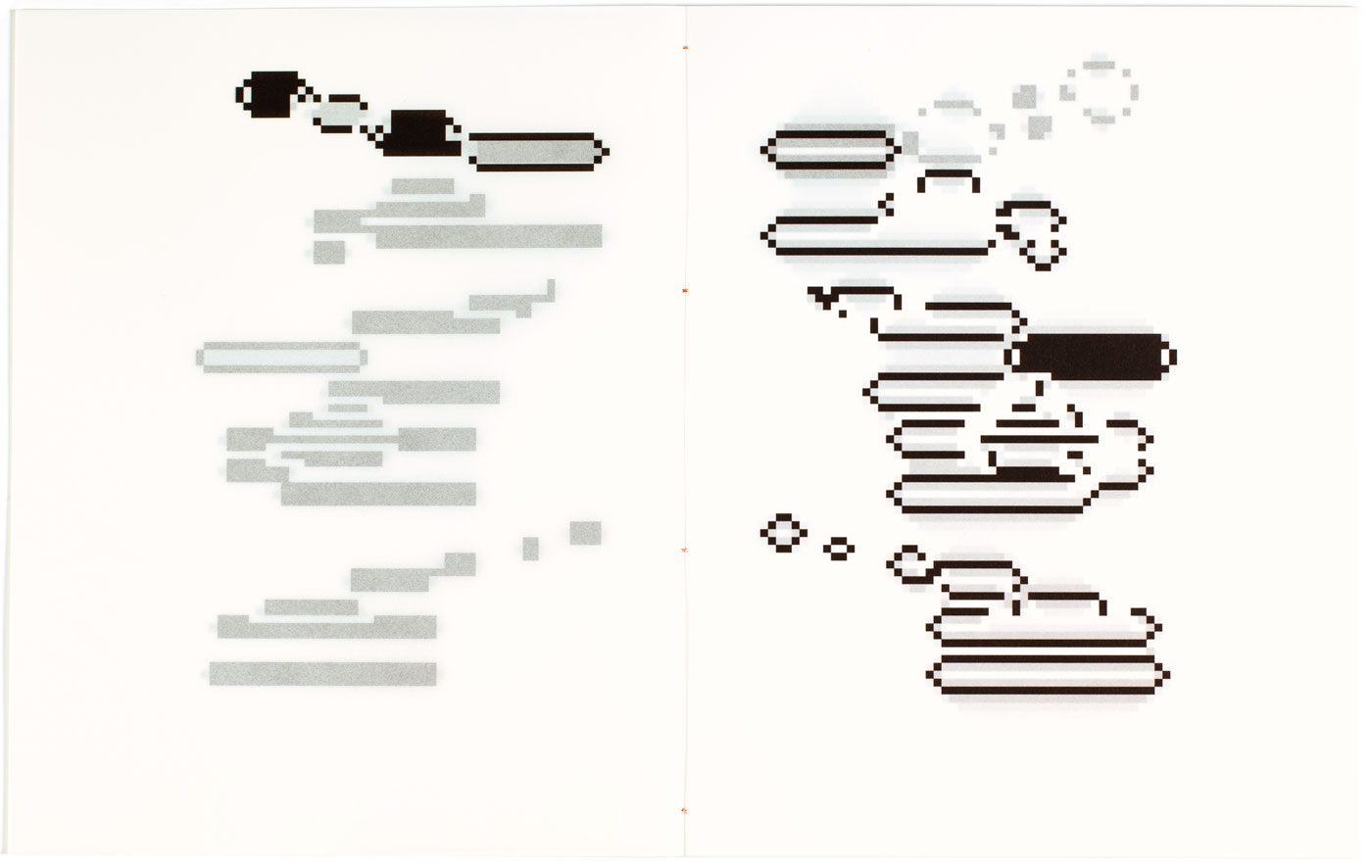 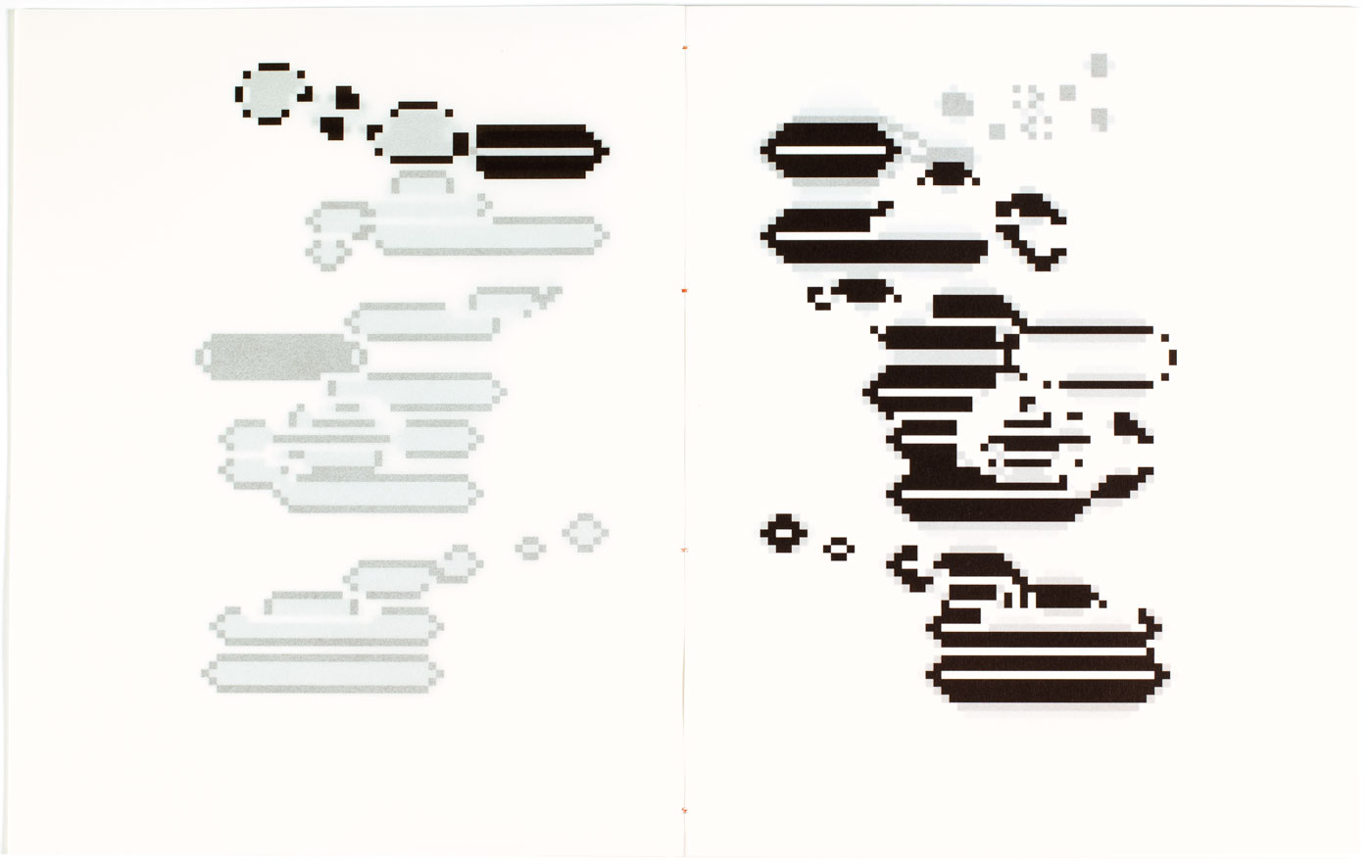 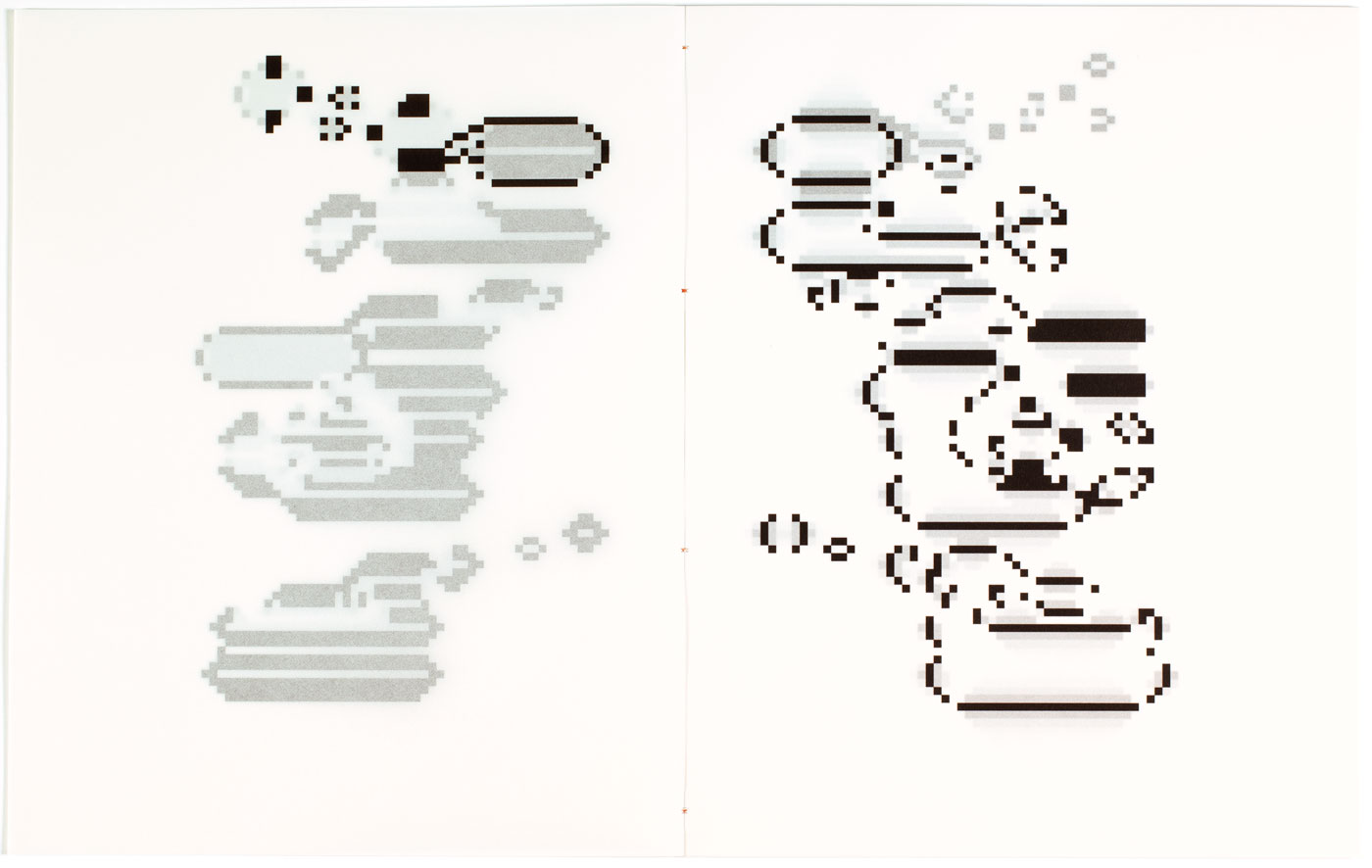 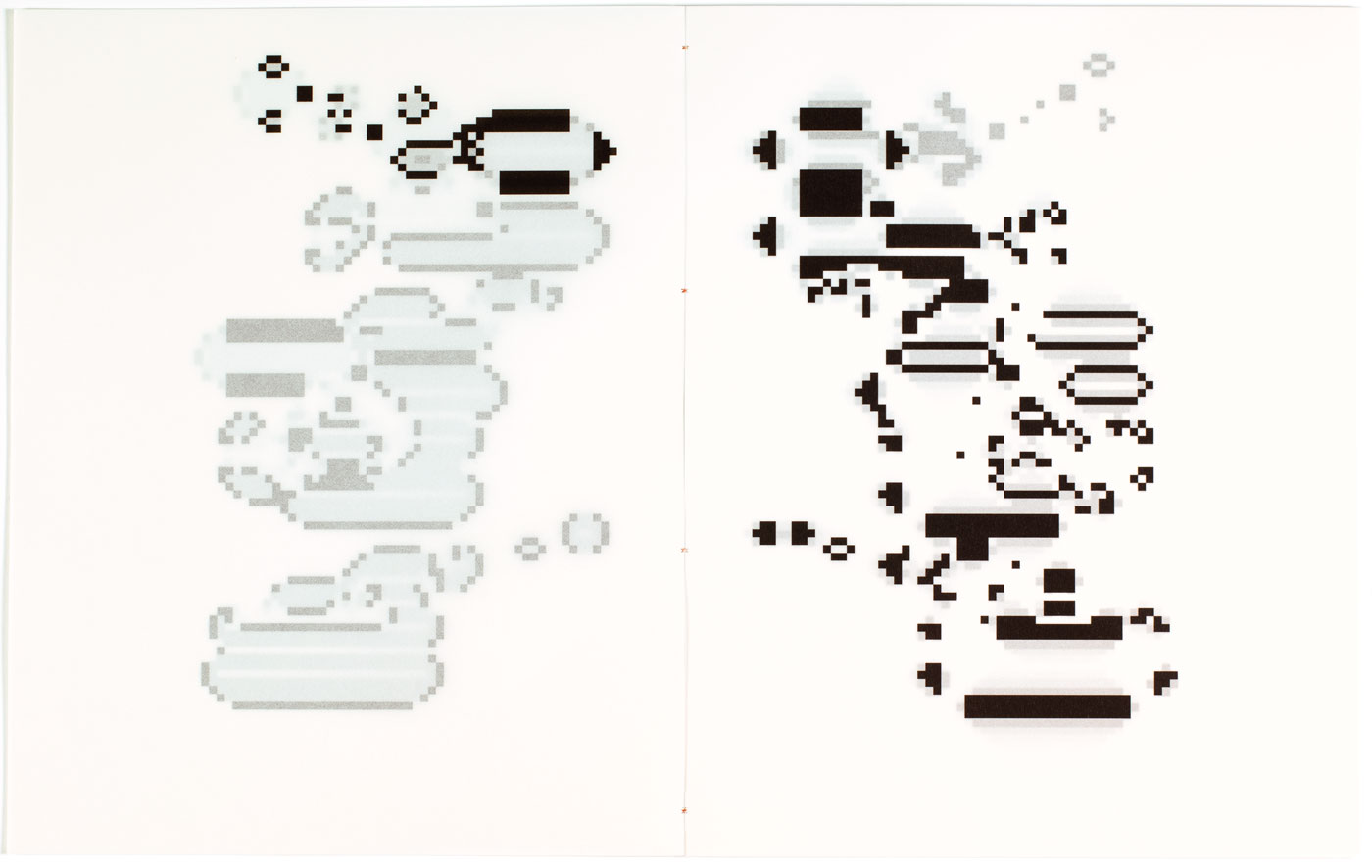 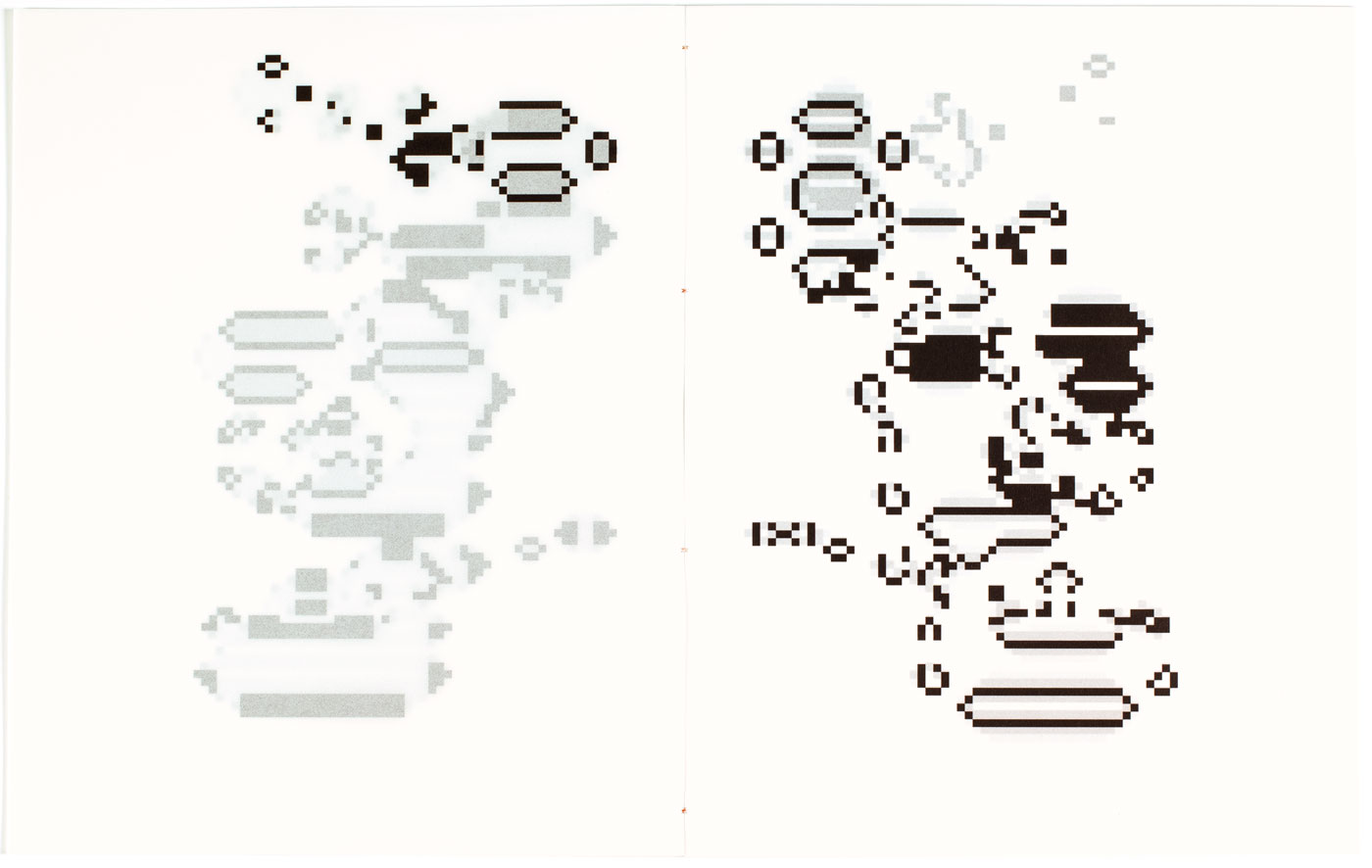 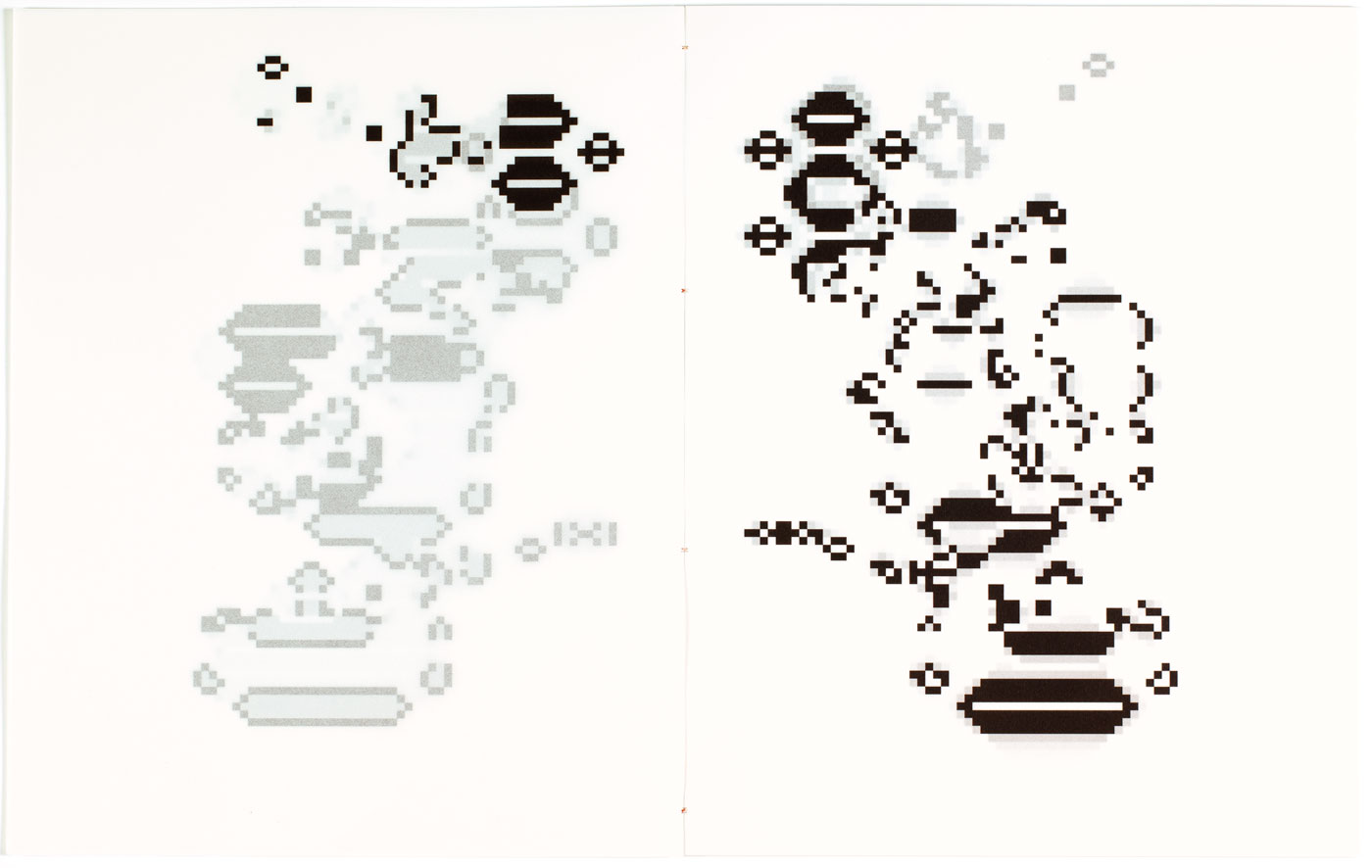 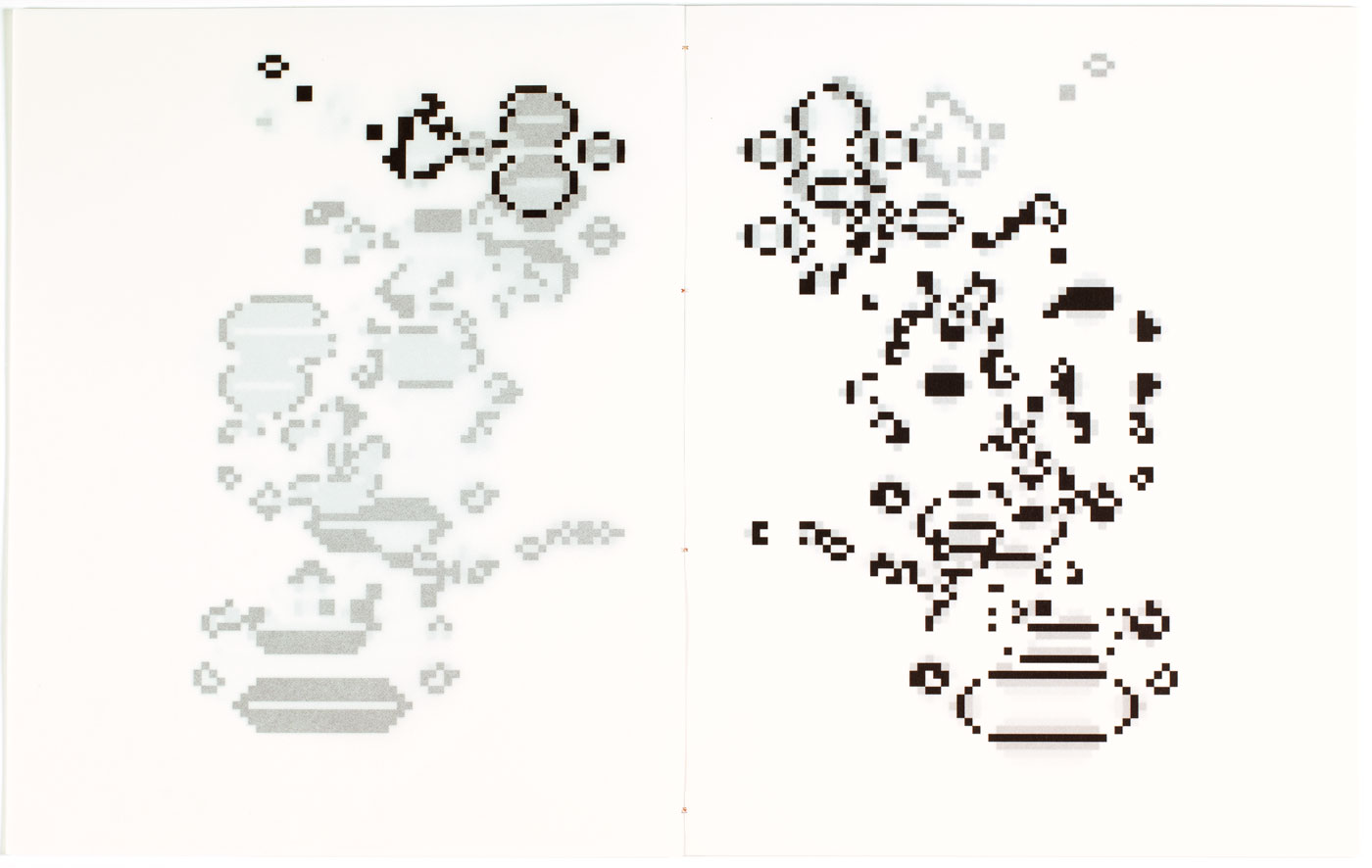 The Abolition of Chance is a book about the relationship between poetry and logic.

The first spread of the book copies the last spread of Marcel Broodthaer's book Un coup de dés jamais n'abolira le hasard (A throw of the dice will never abolish chance), made in 1969. Broodthaer's book reproduced the 1887 modernist poem of the same name by the French poet Stéphane Mallarmé. In Broodthaer's edition, he blocked out the words with black bars of varying sizes corresponding to the typographic layout of the poem, turning it into an abstract image.

The subsequent spreads of The Abolition of Chance are successively generated using a simple mathematical formula known as the Game of Life, originally devised by the mathematician John Conway, also in the year 1969. (The Game of Life is a significant precursor to modern chaos theory. It vividly demonstrates how radical complexity can emerge from the repeated application of very simple rules.) Each pixel in the image evolves based on the color of its neighbors. Each spread in the book deterministically generates the subsequent spread. The lines of Mallarmé's poem inflate into balloons which expand and then pop into nothingness, or collide with each other to generate debris, or collapse into thicker bars. The image fragments into a vibratory bitmap constellation of expansions and contractions, in which interactions between forms continuously generate new forms, in a way that is neither random nor intuitive.